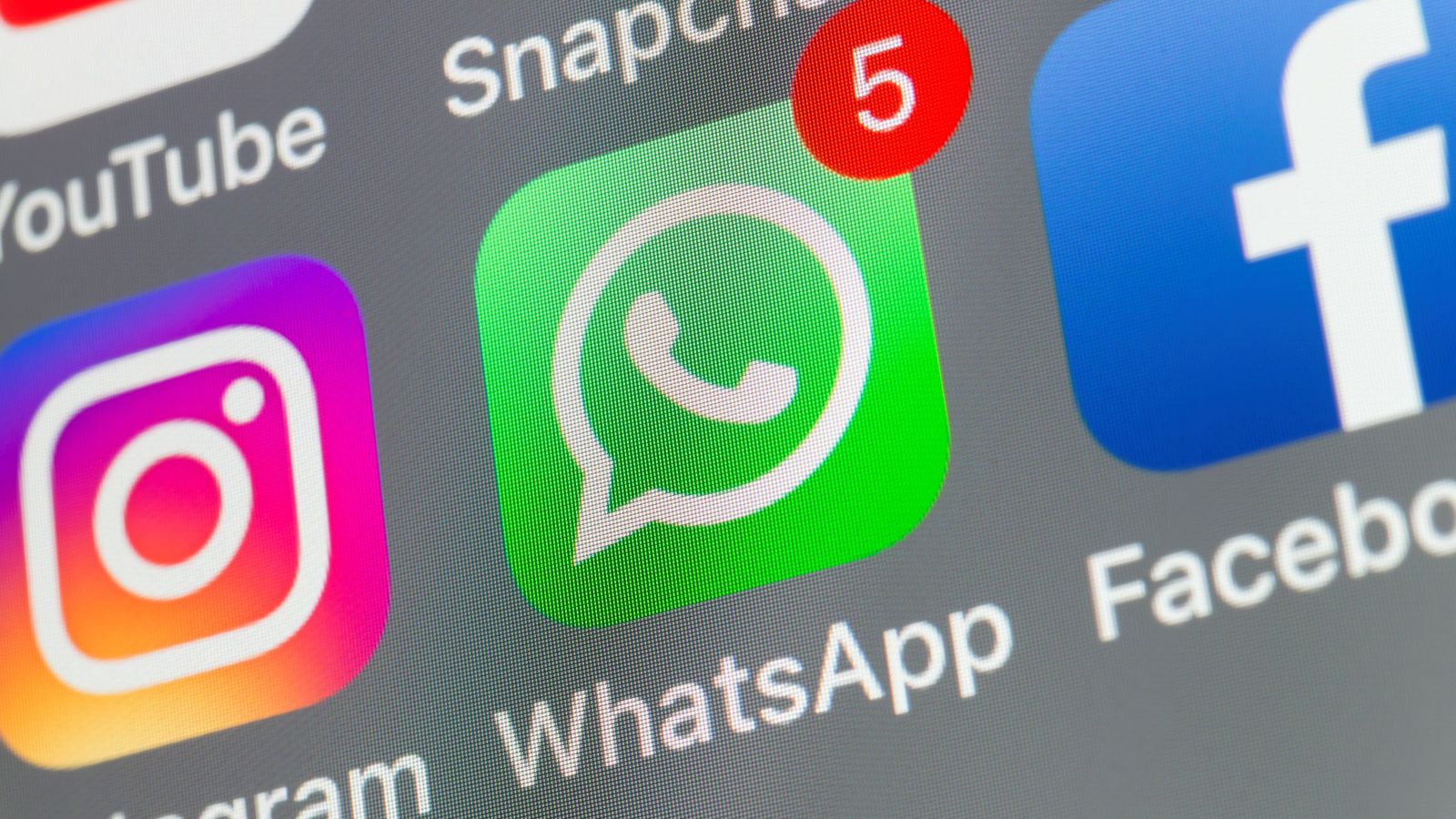 Facebook’s apps and services – including Instagram and WhatsApp – are coming back online six hours after an outage.

The platforms crashed earlier on Monday, with users unable to send or receive messages or refresh their news feeds.

Facebook’s chief technology officer, Mike Schroepfer, had blamed the outage on “networking issues” but just before midnight, he confirmed: “Facebook services coming back online now – may take some time to get to 100%. To every small and large business, family, and individual who depends on us, I’m sorry.”

Facebook services coming back online now – may take some time to get to 100%. To every small and large business, family, and individual who depends on us, I’m sorry.

Facebook Engineering wrote on Twitter (which was not affected by the outage): “To the huge community of people and businesses around the world who depend on us: we’re sorry.

“We’ve been working hard to restore access to our apps and services and are happy to report they are coming back online now. Thank you for bearing with us.”

According to Downdetector, which collects status reports on the services:

• More than 30,000 reports were recorded at the peak of problems with Instagram – more than half of those were issues with the app

• Problems were reported across the world, including in North and South America, Europe, Australia, Russia, and New Zealand

We’re aware that some people are having trouble accessing our apps and products. We’re working to get things back to normal as quickly as possible, and we apologize for any inconvenience.

We’re aware that some people are experiencing issues with WhatsApp at the moment. We’re working to get things back to normal and will send an update here as soon as possible.

Thanks for your patience!

Instagram and friends are having a little bit of a hard time right now, and you may be having issues using them. Bear with us, we’re on it! #instagramdown

People using their Facebook credentials to log in to third-party apps such as Pokemon Go and Match Masters were also said to be facing issues.

It comes as the company was also under pressure from the testimony of a whistleblower, who claims it chose “profit over safety”.

Security experts tracking the situation said the disruption could be the result of an internal mistake, although sabotage by an insider would be theoretically possible.

Analysis by US correspondent, Mark Stone

These outages do happen from time to time.

Other social media companies experience them as well, but this is a particularly long one.

In terms of what’s happened, no one knows, but this does appear to be a global outage.

I’ve been contacting people from all corners of the world via Twitter and they have all confirmed the networks are down.

It’s very embarrassing and it’s also potentially very serious for the people who rely on these products for their business.

There is also the somewhat strange coincidence that Facebook is in the news today because of a whistleblower.

They were effectively saying Facebook’s own research has found it amplifies hate, misinformation and political unrest but the company is hiding what it knows.

There is no suggestion this outage and the whistleblower is anything other than a coincidence at this stage, but it’s certainly not a good day for Facebook.

Reuters news agency reported Facebook employees – who were not identified – as saying they believed the problems were caused by an internal routing mistake to an internet domain.

This was compounded by the failures of internal communication tools and other resources that depend on that domain to work.

A similar issue with the three apps was recorded in April 2019, when they crashed for around two hours before returning to normal.