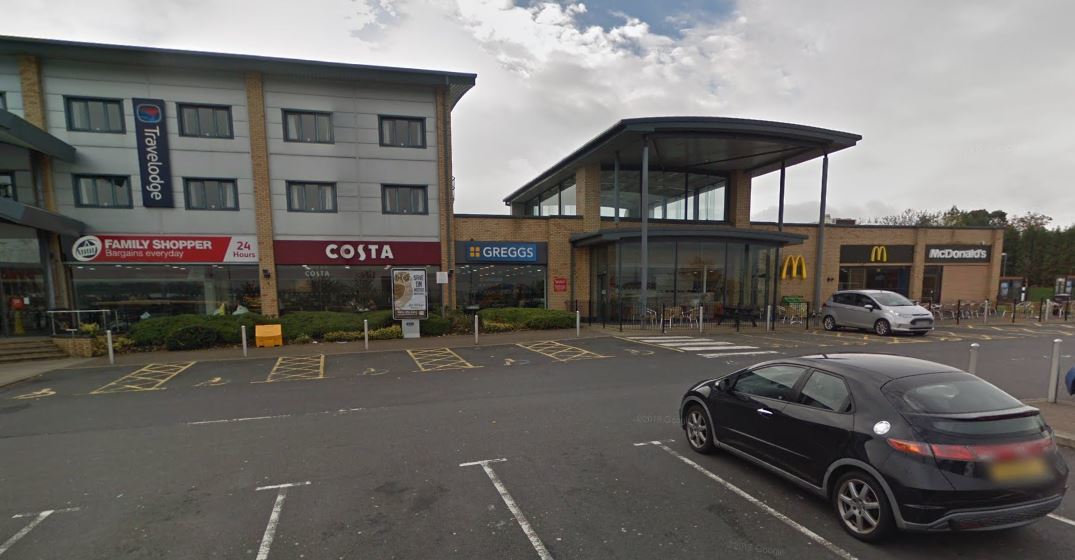 A MAN who confronted his ex-partner on Blackburn with Darwen services ended up throwing himself on the bonnet of her car as she tried to drive off.

Blackburn magistrates heard that before that Arif Gorgi had twice used his car to try to block his former partner from driving away.

Gorji, 40, of Enfield Avenue, Oldham, was convicted after trial of using threatening behaviour towards Pinky Chuahan and driving without due care and attention. He was made subject to a community order for 12 months with 15 rehabilitation activity days and 100 hours unpaid work. He was fined £420 with £400 costs and £90 victim surcharge and his driving licence endorsed with six penalty points.

Paul Sumner, prosecuting, said Miss Chuahan was at the service station with a friend. She had received some messages from her ex-partner before he turned up.

“He was not happy with her moving on and dating other people,” said Mr Sumner.

“As soon as she saw him she tried to back away but he blocked her in.

“She managed to get her car off the car park but he overtook her and again blocked her route.

“He got out of his car and jumped on the bonnet of her car as she reversed away.”

Gorji, who was not represented, said he was embarrassed and apologised for his behaviour on the day.

“I have a good relationship with her now and have moved on,” he said.