Revealed: The most popular comedians in the North West

PLENTY of fantastic comedians have come out of the North West- but who is the best?

The North West’s most successful comedian has been revealed in a study by The Grand Theatre in Blackpool.

Using primary search data from Google search information, the premier venue for shows in Blackpool has researched the most successful comedians to come out of the North West.

From the classics and legends to the young guns of today, this list encapsulates the feel of what the North West has brought to the comedic industry over the years.

Best one-liner (from the Cannon and Ball Show): Police officer: Bobby Ball?! Is that your real name?

Bobby: No, my real name is Flora Margarine but I don’t like to spread it around.

Bobby Ball was born in Oldham in 1944 (birth name being Robert Harper).

The duo Cannon and Ball went onto become a highly successful comedy pair, with ‘The Cannon and Ball Show’ lasting for more than a decade on national television. Ball was a regular supporter of the Variety Children’s charity, from which he received a lifetime achievement award in 2018. 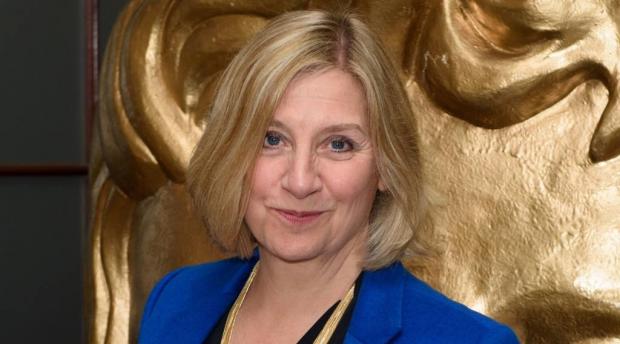 Best one-liner: “I once went to one of those parties where everyone throws their car keys into the middle of the room. I don’t know who got my moped, but I’ve been driving that Peugeot for years.”

You will know her from: Dinnerladies, Eric and Ernie, Acorn Antiques.

Victoria Wood began her career in comedy by appearing on television, as opposed to starting from a more live performance based beginning.

She passed away in 2016 and a statue of her was erected in her Bury home town.

Best one-liner: “I said to the chemist, ‘Can I have some sleeping pills for the wife?’ He said, ‘Why?’ I said, ‘She keeps waking up.’”

You will know him from: Opportunity Knocks, Blankety Blank, The Les Dawson Show.

Born in Collyhurst, Manchester in 1931, Dawson worked briefly as a journalist for The Bury Times as one of his first jobs before his career took off.

Best one-liner: “I have kleptomania. But when it gets bad, I take something for it.”

Born in 1927, Dodd was raised (and would end up living for the rest of his life)  in Liverpool.

As well as having a successful career in comedy, Dodd also had several number ones – his recording of Tears was the highest-selling single in 1965.

Best one-liner: “My neighbour asked if he could use my lawnmower and I told him of course he could, so long as he didn’t take it out of my garden.”

Best one-liner: “I don’t mean to hate people, I just get forced into it.”

You will know him from: 8 Out Of 10 Cats (Does Countdown), Jon Richardson: Ultimate Warrior, Meet The Richardsons.

Richardson was born and raised in Lancaster.

After spending a year and a half at Bristol University, he decided that his course wasn’t for him and wanted to pursue his comic career.

Richardson lives with his wife and fellow comic Lucy Beaumont, and their daughter who was born in 2016.

Best one-liner: “I went to see a handwriting expert last week, she could tell I was laid-back, gullible and well-off just from a signature on a cheque.”

You will know him from: Not Going Out, Would I Lie To You?, Lee Mack’s All-Star Cast, Horrible Histories – The Movie: Rotten Romans (for a slightly younger audience perhaps).

Mack was born in Stockport in 1968. After an interesting time working several jobs post leaving school, he performed his first stand up in 1994. 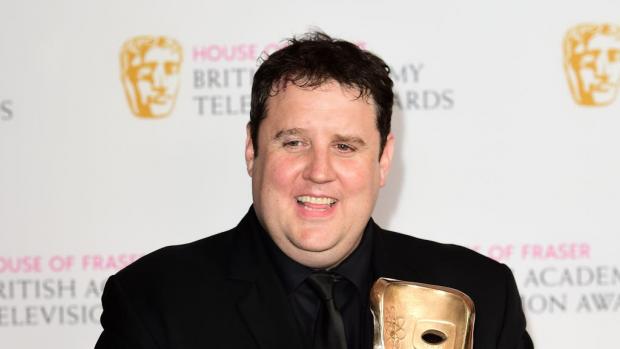 Best one-liner: “A cement mixer collided with a prison van on the Kingston Bypass. Motorists are asked to be on the lookout for 16 hardened criminals.”

You will know him from: Phoenix Nights, Wallace and Gromit – The Curse of the Were-Rabbit, Comic Relief’s ‘Amarillo’ (originally by Tony Christie).

Brought up in Farnworth in Bolton, Peter left school with just one GCSE in art.

Peter studied media performance at the University of Salford, and worked several jobs including positions at a toilet factory, a supermarket as well as Manchester Arena. When starting out, Kaytook part in his first stand up competition and won first place as the ‘North West Comedian of the Year’, even beating a young Johnny Vegas at the time. Kay lives with his wife Susan, and their three children.

Best one-liner: “Wings? They’re only the band The Beatles could’ve been!” (as Alan Partridge)

Steve began his comedy career performing in Ipswich as a stand-up and impressionist. He then moved into television work in the form of voiceovers for adverts, alongside voice acting in Spitting Image. Steve was born in Middleton, a small village just south of Lancaster and has one daughter called Clare with an ex-partner called Anna Cole .

Best one-liner: “I have been privileged to get to know Kenny Dalglish and I would call him a friend  – although his lawyer would call me a stalker. I don’t know why – just because I was in his garden!”

You will know him from: Skins, John Bishop’s Britain, Have I Got News For You, Mock The Week, Would I Lie To You?

Liverpool’s John Bishop started comedy in what some would call the most productive midlife crisis to ever take place.

Getting close to his 40th birthday, John left his full-time job as a sales rep to take the gamble and follow his comedic aspirations.

Andrew Howard, Head of Marketing and Brand at Blackpool Grand, commented: “As a county and an area of England, Lancashire and the North West undoubtedly have some of the finest and funniest comics ever to have taken to the stage. Comedy is a clear indicator of cultural richness and heritage, and we have that in abundance.”

“One of the saving graces of the last year and a half has been replaying some of the stand-up shows from comedians that we all love – live comedy really does have the knack of taking you away from a current situation, and making you forget all of your problems over a hearty laugh.”

“We are looking forward to welcoming comics, including a few in the list, back to Blackpool Grand Theatre, hopefully over the coming months and years once normality returns. We have always been proud supporters of local comedy, and we always look forward to seeing the next big talent emerge.”

You can book your own comedy show or performance at the Blackpool Grand’s website: https://www.blackpoolgrand.co.uk/

Who is your favourite North West comedian?