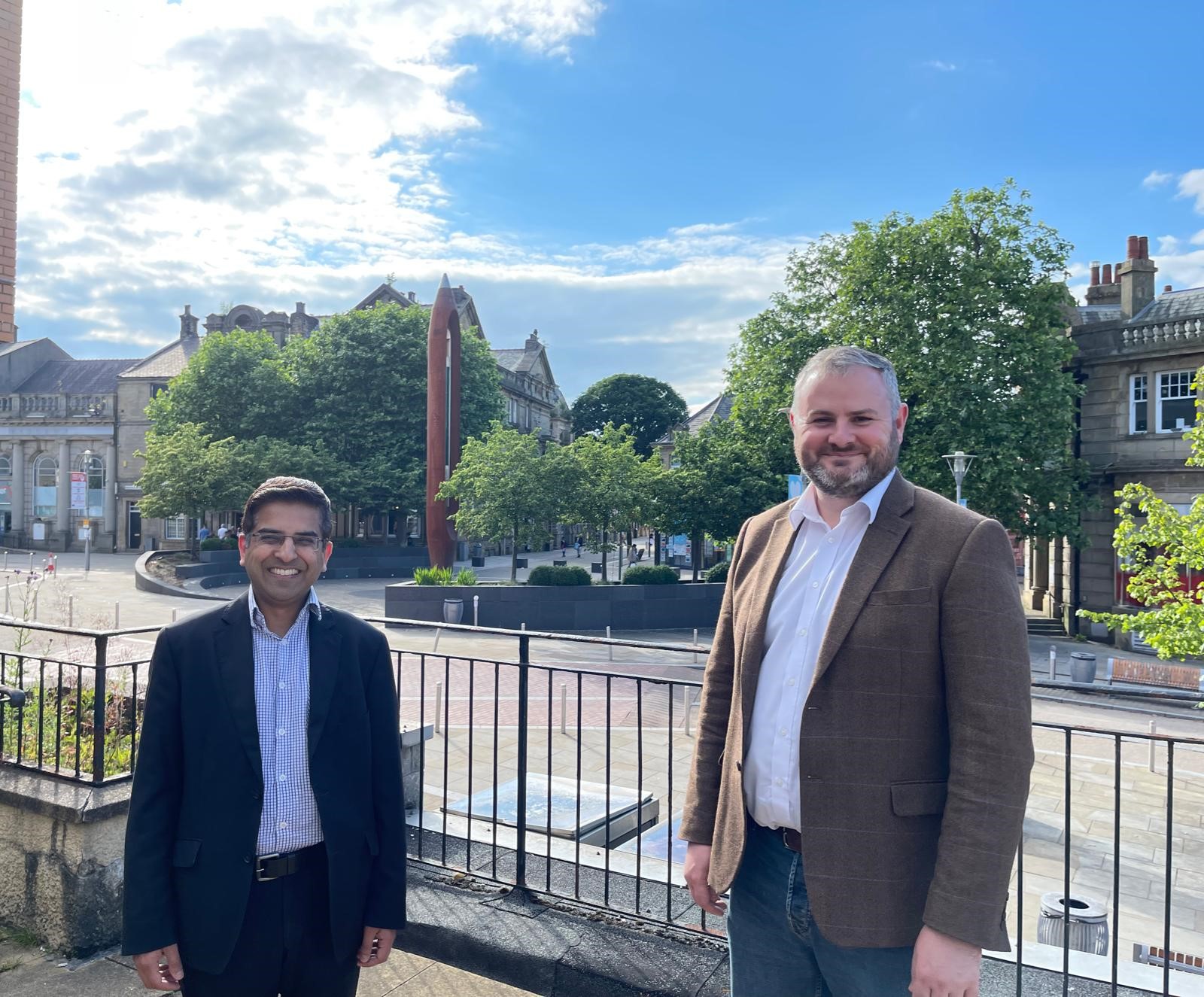 NELSON is to get £25million from the Government’s ‘levelling up’ fund which looks to invest in under-privileged areas, Pendle’s MP has announced.

Pendle MP Andrew Stephenson welcomed today’s announcement that Nelson has been successful in its Town Deal bid, securing £25 million to pay for a range of local projects.

The announcement was part of Prime Minister Boris Johnson’s keynote speech on the Government’s ‘levelling up’ agenda, with a focus on high streets and regenerating local communities.

In the speech the Prime Minister talked about creating a more balanced economy with great jobs in every part of the UK, investing in infrastructure and skills, restoring pride in place and putting local needs at the heart of the Government’s approach.

Mr Stephenson said, “A key pledge in the Conservative 2019 General Election Manifesto was to revive towns across the country as part of the Prime Minister Boris Johnson’s Levelling Up agenda. This massive investment in Nelson and in Pendle delivers on that pledge and shows how serious he is at seeing all parts of our country succeed.

“The Nelson Town Investment Plan developed as part of the Town Deal bid, will deliver over 500 new jobs, huge investment in Nelson’s town centre, commercial floorspace and better walking and cycling routes too. The £25 million will also pay for a new Digital Skills Academy Hub and Youth Employability Service.  This is great news for Nelson and will also benefit the wider Pendle and East Lancashire area.

“Having been a part of the Nelson Town Deal Board who prepared the bid I would like to pay tribute to the other members of the Board for their contributions.  I would also pay tribute to all the residents who took part in the public consultations.

Pendle Council leader Councillor Nadeem Ahmed said “This is fantastic news for Nelson, which will allow us to reverse years of decline, support existing businesses and help create new ones.  This money will help us transform the town centre of Nelson, boost skills and provide much needed support for our young people.”