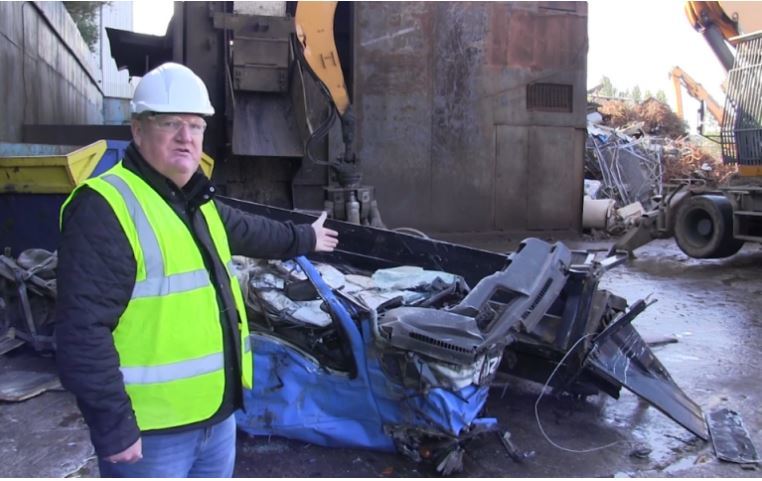 A FLY-TIPPER has had both his vehicles crushed after being caught dumping rubbish illegally.

Damien Carl Cummings, of Manxman Road in Blackburn, was ordered to pay more than £1,000 and had both his vehicles seized and destroyed after they were linked to irresponsible waste-disposal at Woodcock Hill Farm.

He entered guilty pleas at Burnley Magistrates Court on July 8 in response to three separate charges by Blackburn with Darwen Council.

The first allegation was that on or around June 1 2020 Mr Cummings was in control of a black and white vehicle that was used to transport and deposit controlled waste onto land at Woodcock Hill Farm in Blackburn.

The second allegation, under the Control of Pollution Amendment Act, was that between May 31 and July 23 2020 he carried controlled waste without the benefit of a waste carriers licence in the course of a business or with a view to profit.

The third charge was that between January 2 and June 10 2020 Mr Cummings, being in control of an Izuzu Tipper vehicle and black and white van vehicle, carried on a business as a scrap metal collector in the Blackburn area without obtaining the necessary licence.

His two vehicles were seized and crushed.

When deciding the sentence, the court took into account that the vehicles had been seized and crushed prioritising compensation over costs and fines.

Cllr Jim Smith, Blackburn with Darwen Council’s environment boss. said: “If you are caught fly-tipping, you will get a fine.

“You will either be taken to court and fined and shamed in the court or you will be issued with a £300 fixed penalty notice on the spot.

“We will fine people. We will seize their vehicles and we will crush them. Do the right thing and dispose of rubbish correctly.

“If people intend to employ someone to dispose of their waste, then they need to be licensed to do so.

“Although many waste removal companies have a waste carrier’s licence, this doesn’t always mean they are disposing of it responsibly or legally.

“To be absolutely certain they are, people should obtain a waste transfer note and details of where the waste is being taken to.”