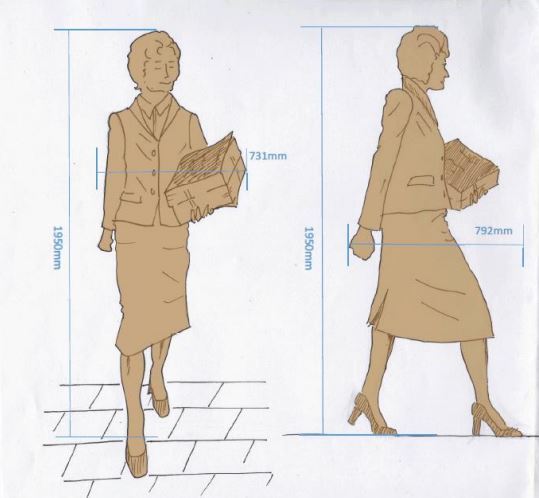 THE date for the unveiling of Blackburn’s statue of Barbara Castle has been set and a new image of it has been released after it was given planning permission.

But as councillors approved the new sculpture to honour the former MP for the town and Labour Cabinet minister, the row over how it will be paid for rumbled on.

On Thursday evening Blackburn with Darwen Council planning committee gave permission for the statue to be put up in the new Jubilee Square in the town centre.

The papers for the meeting included a drawing of how the actual statue will look.

“I am concerned that the promises made that it would not cost council taxpayers a penny have not been honoured.

“We are just concerned that the community of the town have had to pay for it.”

Cllr Riley rejected his claim and said the ruling Labour group had promised that it would not impact on residents’ council tax.

He said: “The statue will be paid for by a combination of donations and Section 106 developer open space contributions.

“Now that we have a firm date for the unveiling on October 9, we expect to receive more donations from people happy to be associated with this unique statue.”

Cllr Riley said public statues of women were rare and it would enhance the new square near Blackburn College as the centrepiece of the new Northgate and Blakey Moor Townscape Heritage Project area.

So far almost £30,000 has been raised by Blackburn Labour Party from donations towards the statue’s £44,601 cost.

Its scheduled unveiling last year on the day after her 110th birthday was postponed due to coronavirus.

Baroness Castle was MP for Blackburn from 1945 to 1979 and held five high-profile government posts.

As transport minister she introduced the breathalyser, confirmed the 70mph maximum speed limit and legislated for seat belts in new cars and as employment secretary introduced the Equal Pay Act in 1970.

A report by planning officers to the committee said: “The free-standing bronze statue will be 150 per cent life size, 6ft 4 inches tall and 200 kilogrammes.

“This is slightly larger-than-life scale to ensure she is not lost among the setting and the surrounding buildings.

“To the front of the statue will be an integrated memorial stone, hand engraved with the following inscription: ‘Barbara Castle, 1910–2002 MP for Blackburn 1945-79 and bold campaigner for equal rights’.